The G. Evelyn Hutchinson award honors a limnologist or oceanographer who has made considerable contributions to knowledge, and whose future work promises a continued legacy of scientific excellence. Dr. Jack Middelburg is the 2016 recipient of the G. Evelyn Hutchinson Award for his pivotal contribution to the development of concepts and models incorporating the role of aquatic biota on carbon and nutrient cycling in aquatic ecosystems. Dr. Middelburg is Geochemistry Chair of Utrecht University, where he also served as Director of the Darwin Center for Biogeosciences. The award will be presented at the 2016 Ocean Sciences Meeting in New Orleans, Louisiana, February 21-26, 2016.

Internationally recognized as a leading researcher in the aquatic sciences, Jack Middelburg has produced and inspired ground-breaking research in aquatic biogeochemistry and benthic ecology. He has done so with the unique interdisciplinary approach that ASLO stands for, making significant contributions both to limnology working on rivers and lakes and to oceanography working on estuaries and the coastal ocean.

Dr. Middelburg’s first major contribution to the field came as a graduate student in 1989 when he introduced the reactivity continuum for the decomposition of organic matter in the marine environment. The concept has stood the test of time and has recently been extended to work on carbon burial in marine and lacustrine sediments. While perhaps best known for his work on decomposition and its controls in marine and freshwater ecosystems, Middelburg has contributed to the understanding of aquatic systems through studies on topics such as diagenesis, the role of vegetation in marine environments, and the use of stable isotopes in studies of nutrient cycling.

A signature of Middelburg’s research is the combination of experimental process studies, analyses of large data sets, and modeling; this approach has led to profound new understanding of aquatic ecosystem function. His prolific publication record (284 papers first or co-authored by him, including 85 in the past 5 years alone) and high citation rate is a testament to the breadth and depth of his research contributions. His contributions to the field extend beyond his own research; he has a long history of community service, serving on a variety of editorial boards, advisory boards, and committees.

Spanning elements to ecosystems, Middelburg’s future work holds great promise of a continuing legacy of scientific excellence to be delivered in the next decades. ASLO President Jim Elser praised the selection of Middelburg for the Hutchinson Award, “Hutchinson asked that recipients of this award be scientists who had made considerable contributions to knowledge, and whose future work promised a continuing legacy of scientific excellence. Jack Middelburg’s broad and far-ranging work from organisms to geochemistry and across an astonishing range of scales harkens back to Hutchinson himself.  Because of that, Jack Middelburg epitomizes what ASLO looks for in a Hutchinson Award winner; he has already amassed an impressive body of work and shows no sign of slowing down.” 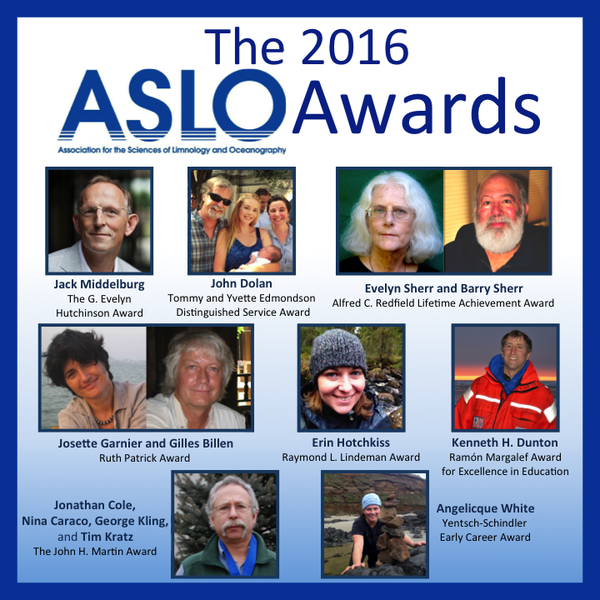