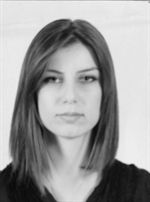 Abstract
Microorganisms drive most of the Earth’s biogeochemical transformations of the major elements such as carbon, nitrogen, oxygen, and sulfur. The nitrogen cycle is one of the most important biogeochemical cycles on Earth because nitrogen (N) is a key nutritional element for life and is essential for the biosynthesis of nucleic acids and proteins. Although dinitrogen gas (N2) makes up nearly 80% of the Earth’s atmosphere, it is not accessible in this form to most organisms, due to the stability of its triple bond. The biogeochemical N cycle comprises a series of aerobic and anaerobic microbial processes that transform nitrogen into its various oxidation states. The major inorganic N transformations are nitrogen fixation, nitrification, denitrification, anaerobic ammonia oxidation (anammox), and dissimilatory nitrite reduction to ammonia.

Nitrification is a microbially mediated aerobic process in the biogeochemical nitrogen cycle that represents the key link between the most reduced and oxidized forms of nitrogen, ammonia and nitrate. Nitrification is widely applied in engineered systems, where it is often combined with denitrification or anammox to convert ammonium to dinitrogen gas and prevent eutrophication of receiving water bodies. It is also an important process in terrestrial environments, where it can cause nitrous oxide production or nitrate leaching into groundwater. Nitrification has long been considered to be catalyzed by two distinct functional groups of chemolithoautotrophic microorganisms. Bacteria capable of complete oxidation of ammonia to nitrate (termed comammox) on their own were discovered only recently. Comammox bacteria belong to sublineage II of the genus Nitrospira and were identified in a range of natural and man-made environments. This PhD project aimed to enhance our understanding of the environmental distribution and genomic diversity of comammox Nitrospira in different ecosystems.

« All Agenda
« All Promoties